Because as annoying as they are, they can also be a very pretty feature 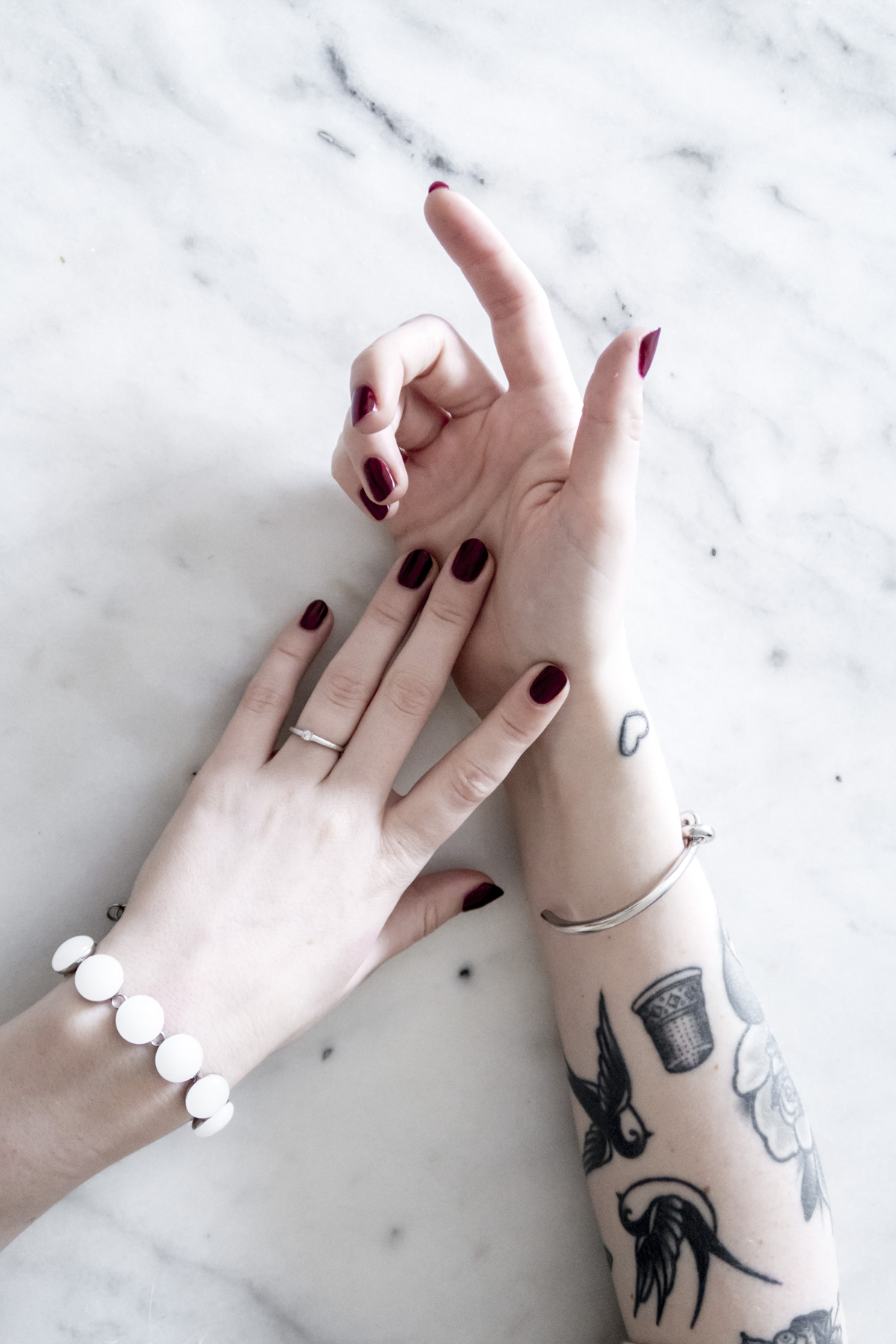 I believe that my slight obsession with nails began with me being judgemental. I judge people by looking at their hands. Probably because it’s with the hands we communicate and touch each other for example when saying hello and shaking hands. So I believe in groomed hands. Nice nails och hydrated skin.

So as a person who for the most part of my life have had short fragile nails and dry hands (because of swimming and the dry place I’ve lived for most of my life) I’ve become a bit obsessed in finding a solution. Especially since short nails and broken cuticles also hurt a lot! The L’Occitane Shea Butter Hand Cream took care of the dryness but getting pretty nails is another story. So here is my rollercoaster journey to pretty nails! 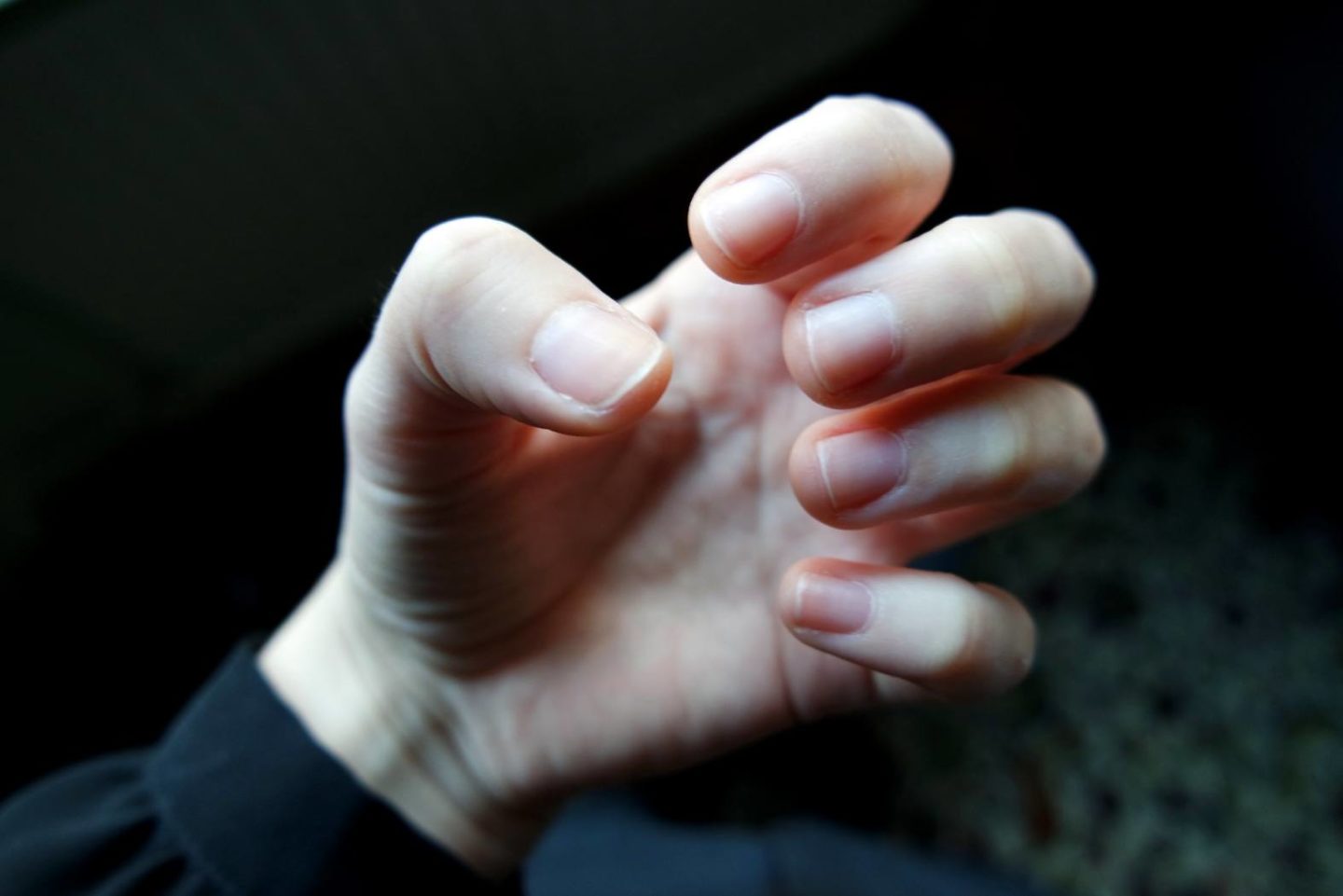 So let’s start from the beginning! This picture is from 2014 and it’s a good representation of how my nails have looked for most of my life. Since I love to work with my hands the nails get worn out and crack form time to time. Especially since I got very fragile nails that can’t handle much.

I spent about 12 years as a swimmer, swimming 3-5 times a week. And water is not that good for fragile nails because they get soft and break so painting them black every other day soon became a routine. I liked the way it looked and with polish they didn’t break that easily. But because I swam so often the nail polish didn’t last for more than a practise or two which lead to endless painting (and I don’t know how many bottles of Isadora nail polish in the shade Gothic Black I went through) 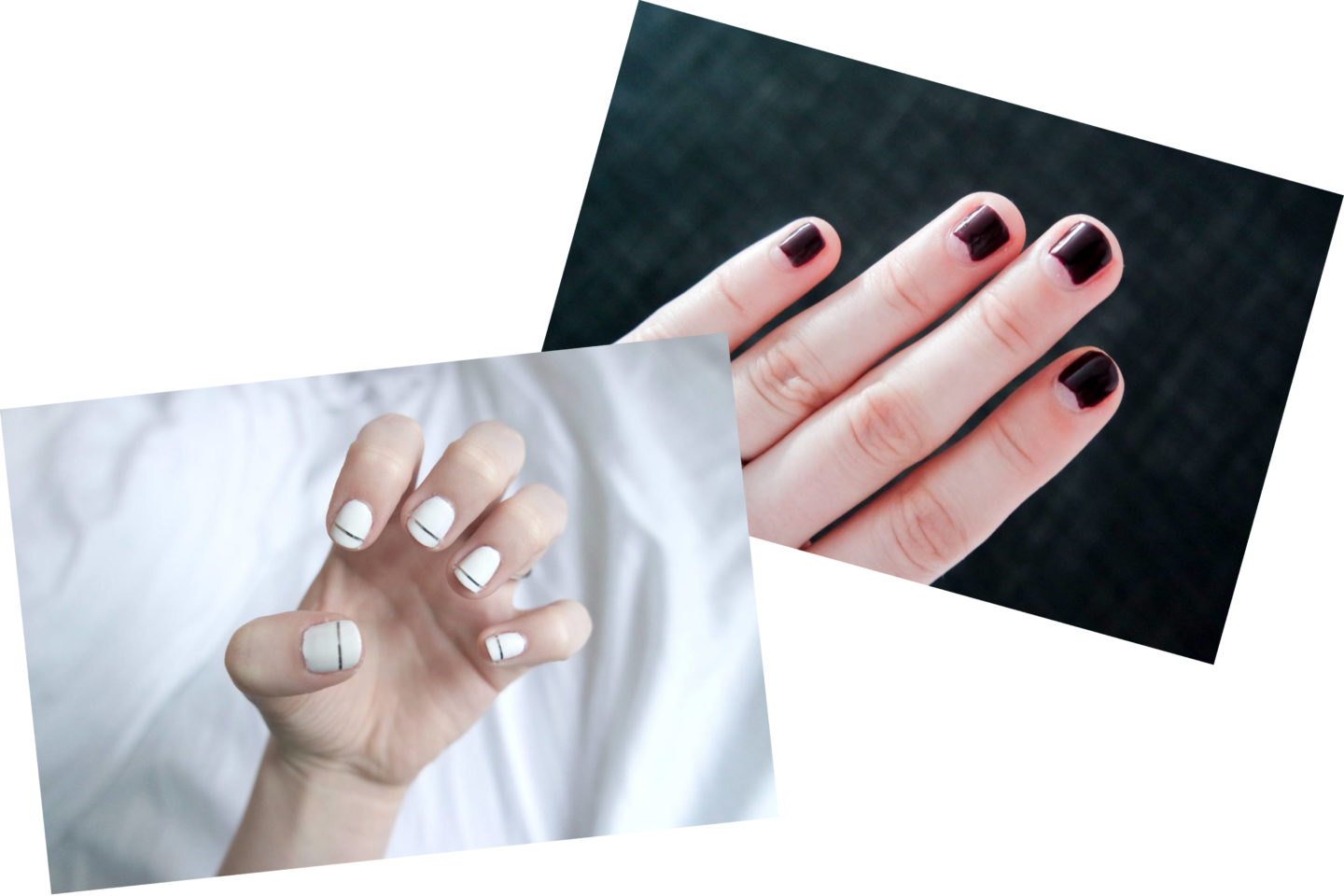 After my swimming days it was just me and my nail picking between me and my goal to have pretty nails. So making them look as pretty as possible became my solution. Painting my nails in a dark colour (because I need to concentrate to make a dark color look pretty and not mess up everything which meant that I didn’t start picking at them as quickly). I also tried multiple ways to decorate them either with tape or complicated patterns. (Thanks dad for that time you helped me cut nail art tape haha)

But nothing of this helped because it was still an endless painting and they never got longer than ”short”. 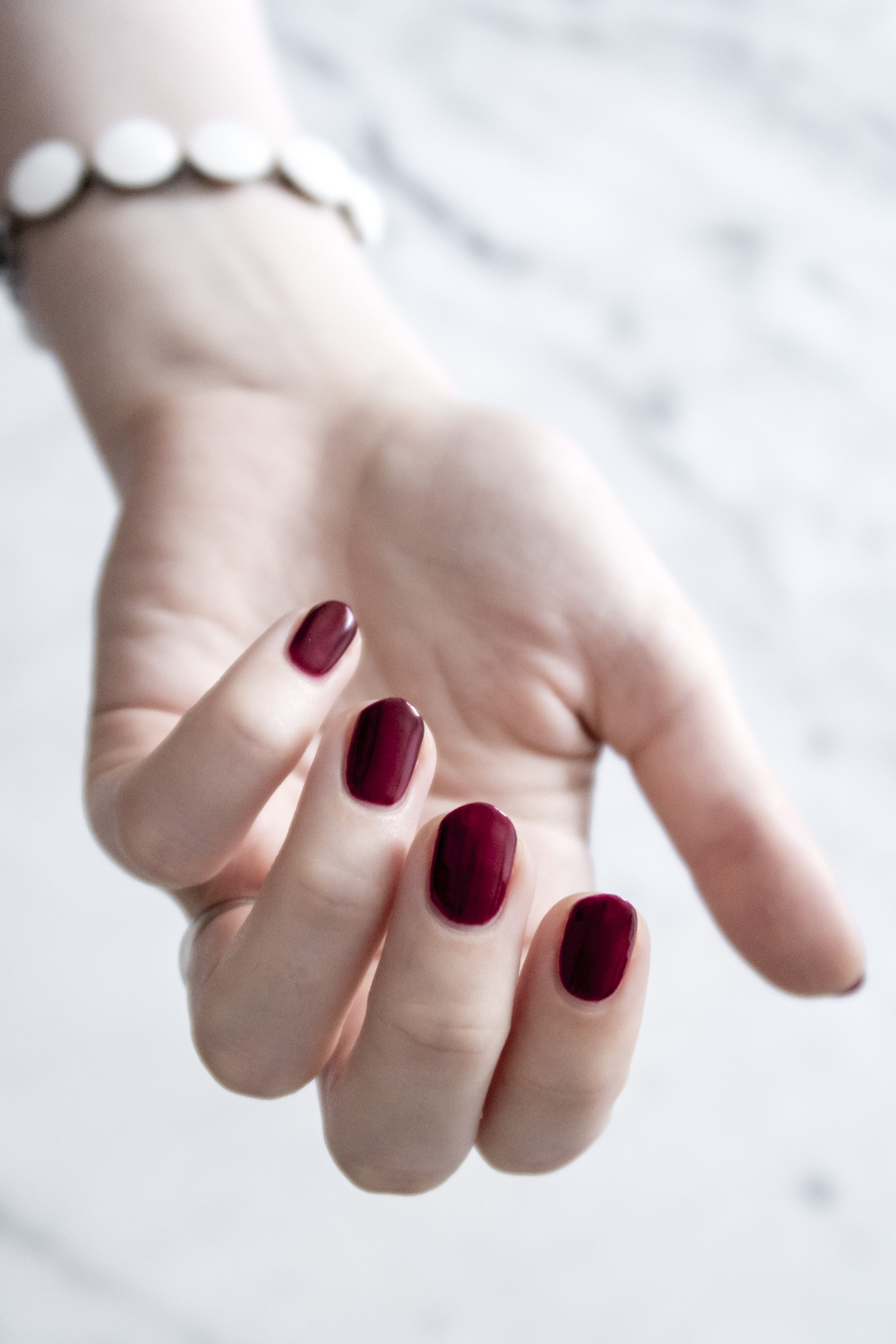 Gel nails at a salon

So when you can’t do it yourself, fake it. I started a little experiment by getting them done at a salon. I know that this is a way many people use to achieve great looking nails but 1. It’s expensive as hell even on the cheap places because they need a refill or redoing about every three weeks and costs money to remove aswell and 2. They RUIN your nails!

I think I tried this for about three times before I quit. It made my nails longer and pretty but I always thought they looked like plastic (duh, because it is plastic? But my goal has always been for them to still look like nails, just very pretty ones). And they also started hurting if i didn’t get a refill every three weeks because I got stuck on things and it felt like they would break off.

And after this little experiment I was left with the thinnest and most fragile nails of my life. So it was a quick fix but nothing for the long run. 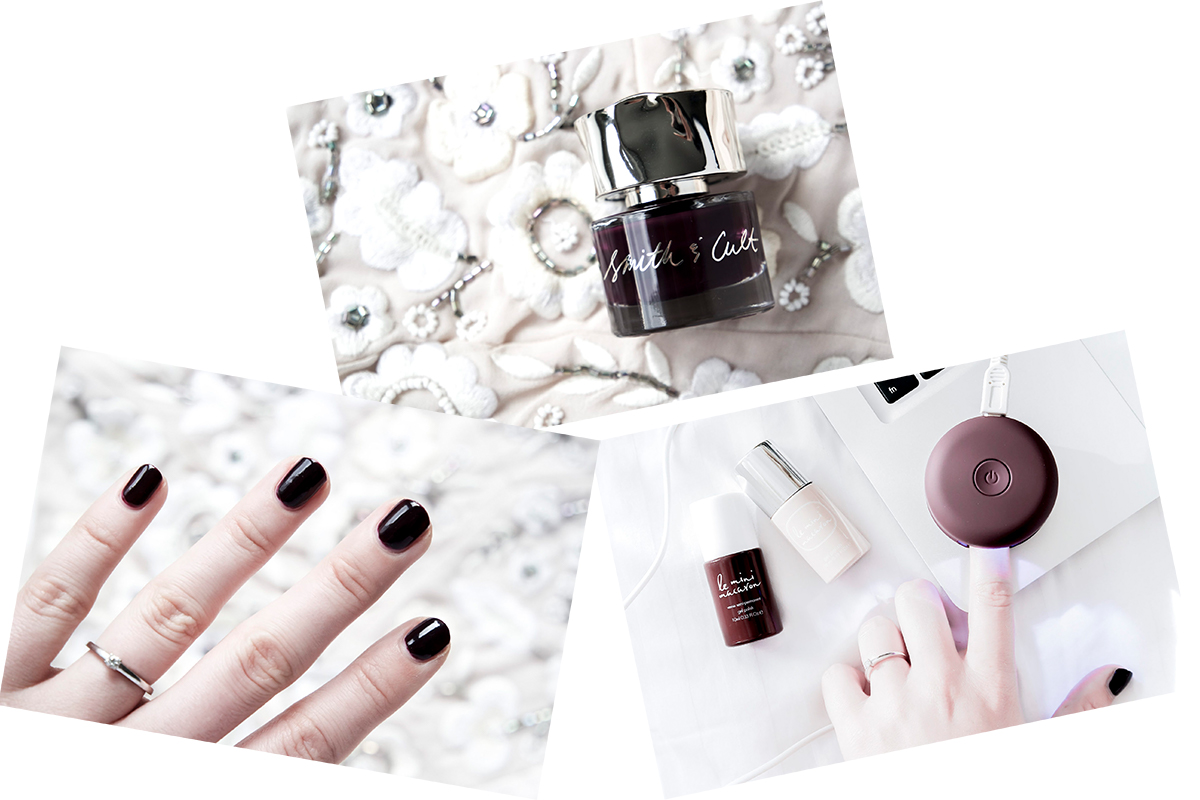 Then I found a new favorite nail polish formula and color. Smith and Cult Dark Like Me. Their nail polishes gave my nails a thick and glossy look and they were a bit more durable then the usual nail polish. Matched with a bit of Seche Vite on top I thought I had my nails figured out. This duo was my go to for almost two years! But they were still a bit fragile and I was unable to get them especially long. Se the picture above. (better than before but still not how I wanted them to look)

And then my cousin Nadia recommended Le Mini Macaron. A do it yourself gel manicure. With my previous experience with gel manicures I was quite on the fence about this one, but she let me try hers and after that I was stuck! (You can read my post about them here.) Let’s not keep anything from you, these nail polishes are a bit of a faff. They are more difficult to remove than a regular nail polish and you need to have electricity to use the LED-lamp which also takes a little bit of time (30 s for each nail and coat). But let me tell you, it’s all worth it!

I need to repaint them every 1- 3 weeks depending of what I’ve been doing (washing the dishes, cleaning the toilet, or doing som DIY is not recommended for them lasting 3 weeks) This is just about as long as a salon gel manicure and a lot longer than my every other day painting. And with three coats I get an extra layer of strenght to my nails that keep them from breaking. Which has also meant that they have actually grown quite long now!

When I then want to remove it I just use the remover pads and scrape of the nail polish (or just peel them of.. hehe). Even though it damages the nails a little bit it’s still so much better than filing down your nails in a salon.

I’m just so happy to finally be able to have long nails that don’t break and that I still can work with! And this was my rollercoaster journey to pretty nails. If you have experienced any of these problems or got any great tips, please share in the comments! 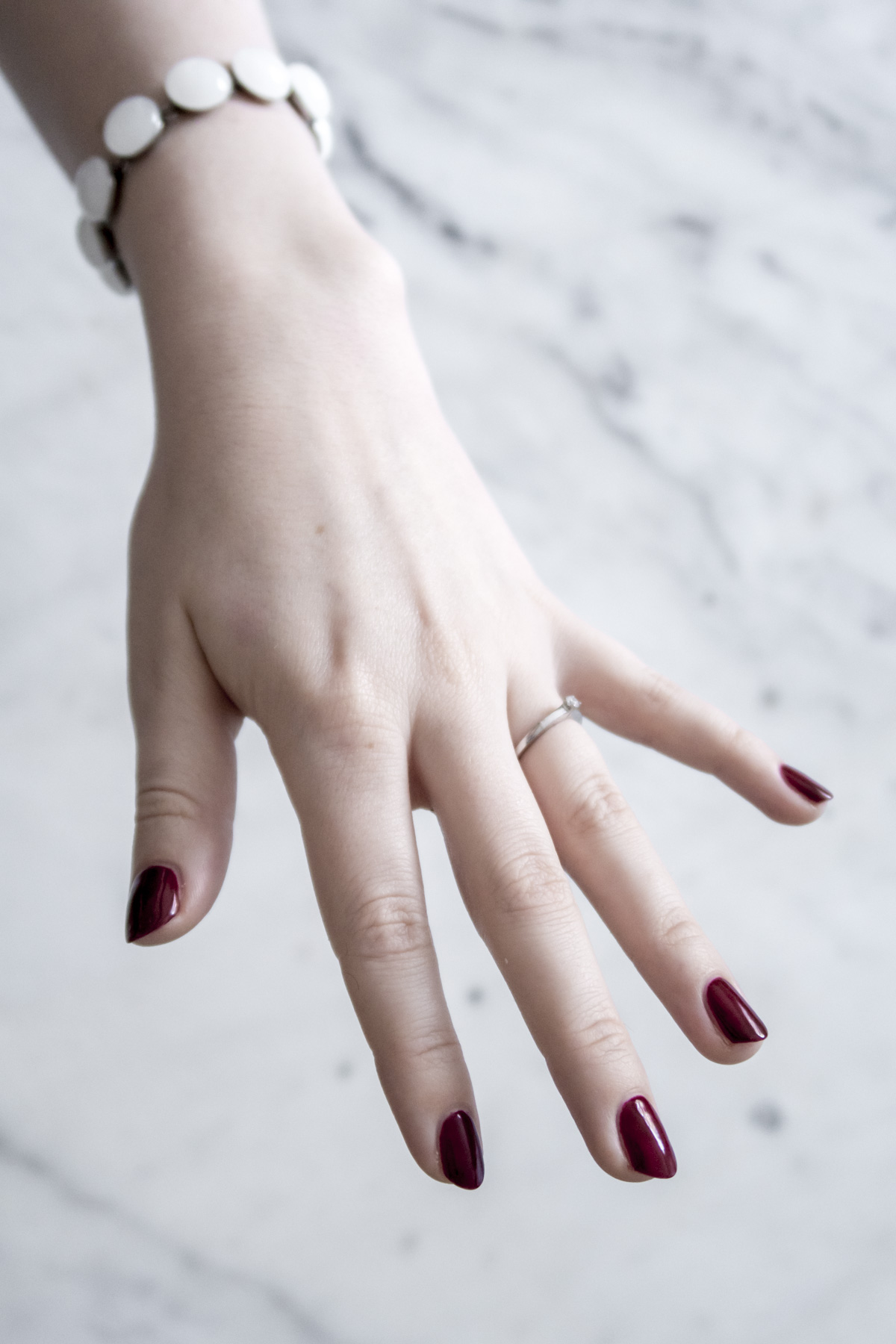