for all the night owls out there, myself included. 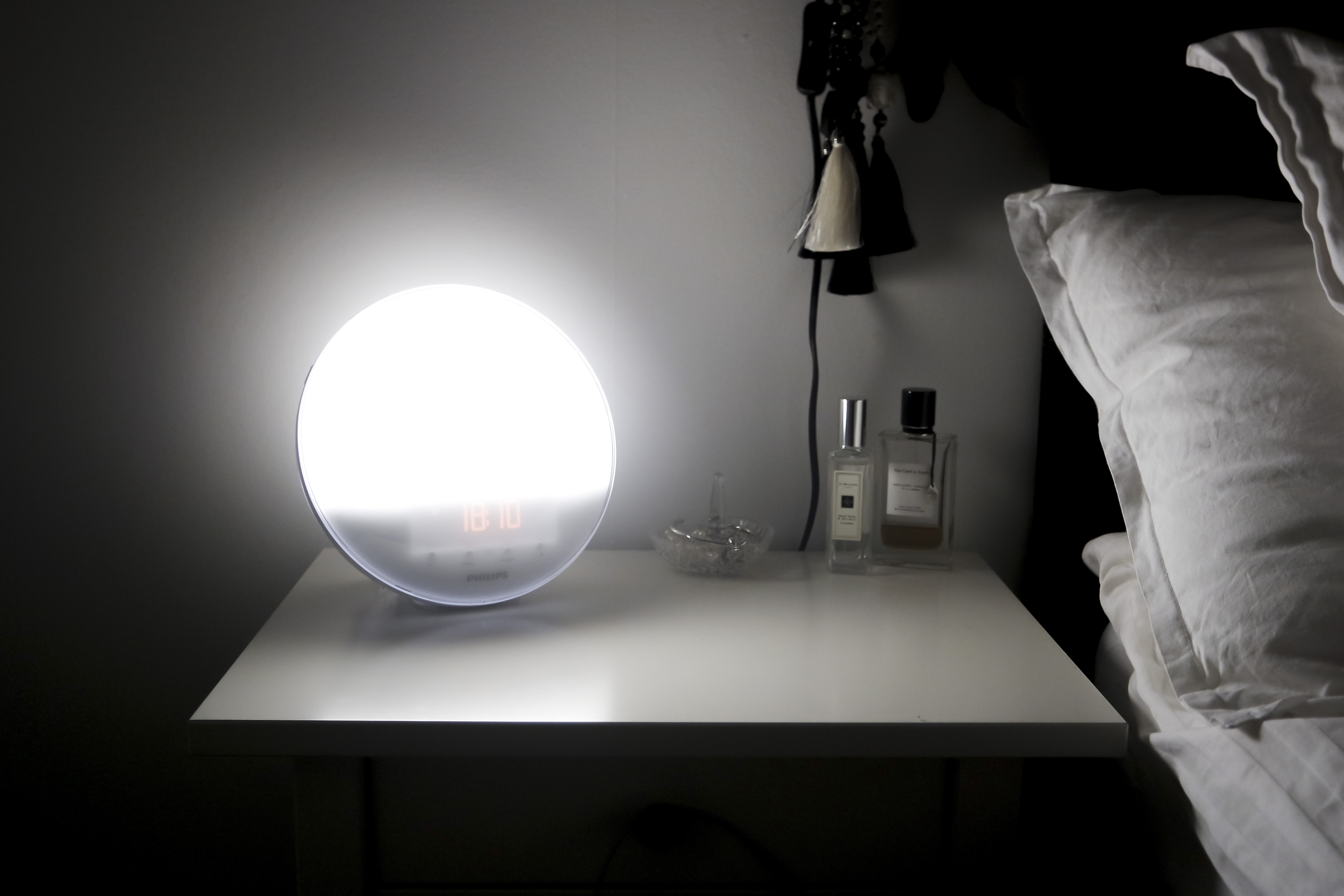 After being on a constant sugar high for most of december. (Unable to sleep until three o’clock in the morning.) I thought it was time to do something. One alternative was to stop with all the lovely treats, another one was to buy a Wake-up Light.

… I went with the latter.

During the after christmas sale I got an offer I couldn’t refuse. It was a student offer that let me try the Phillips Wake-up Light for half the price. I have always wanted to try one because I have such a hard time waking up during the winter compared to the summer. (That is before Jonathan decided that he had to sleep with the curtains down during the summer aswell…) And as a person who spends half the night doing all the fun and creative things in life, everything that makes it easier to wake up I embrace with open arms! 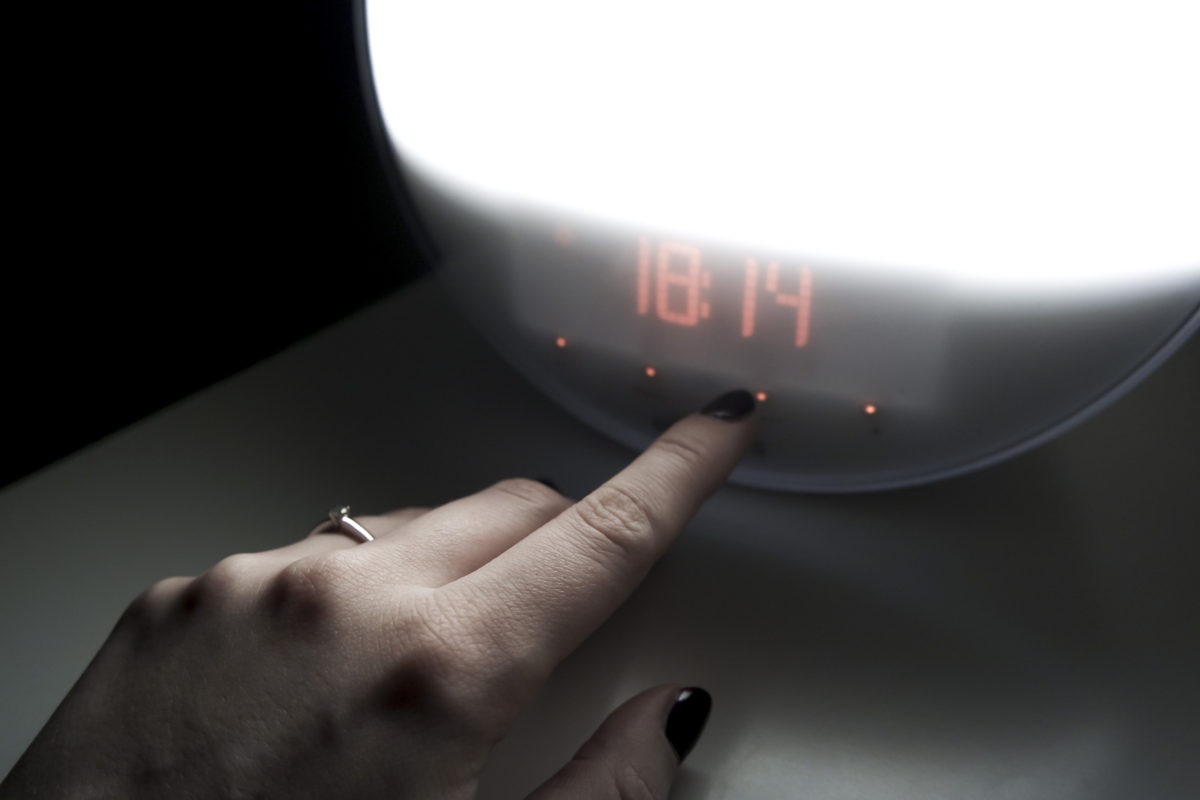 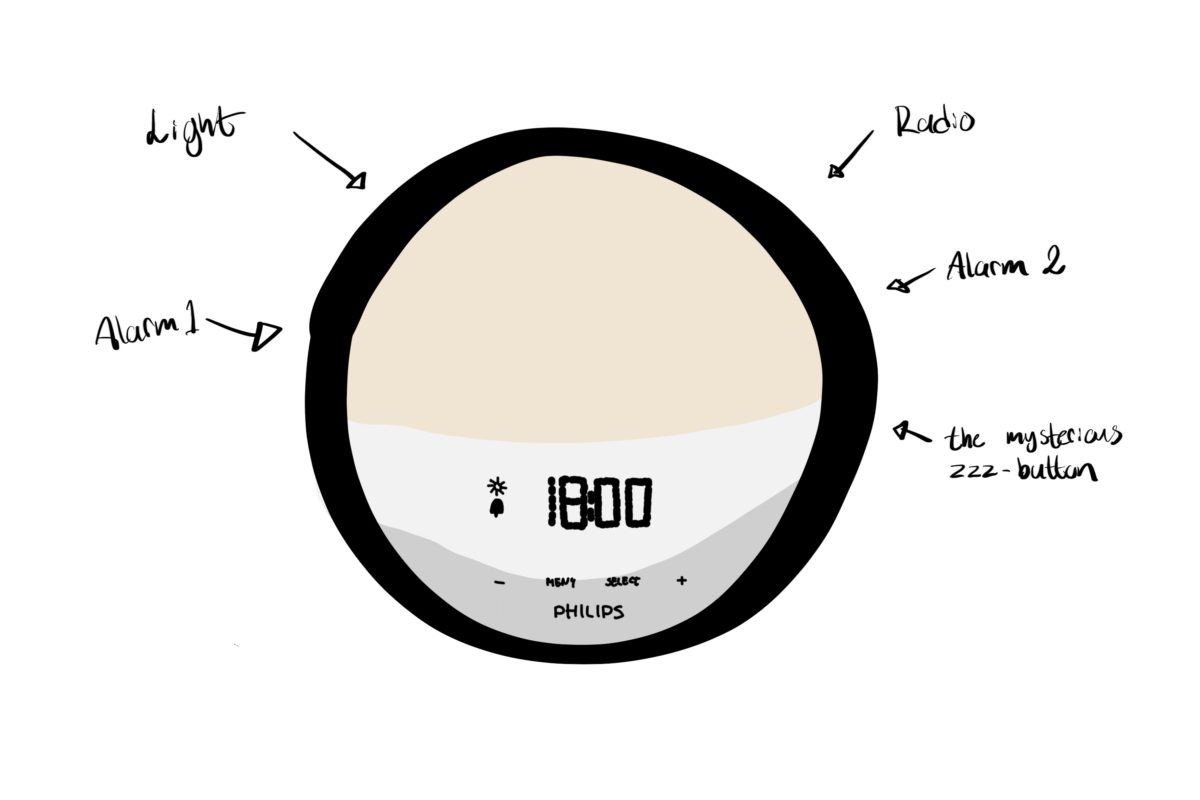 So what is a wake up light?

Well it’s actually rather simple. It’s a light that help you wake up in the mornings. Ta-da!

And on a slightly more serious note – the one I got is a Phillips Wake-up Light HF3520. Half an hour before the alarm goes off  the Wake-up Light slowly starts to light up. (Btw, the alarm can be set to play birds song, waves or three other wonderful sounds. I personally love birds song.) Starting at a dark red that increases to a orange, then yellow, until it reaches a bright white light,  just in time for the birds to start singing. Most mornings I have woken up about five minutes before the alarm. (Who would have thought?!)

You set the alarm time, sound and light intensity using the touch buttons on the front. After you have done that you can use the buttons on each side to set the alarm, play the radio or to just turn on the light (did I mention that it can also be used as a night light?) 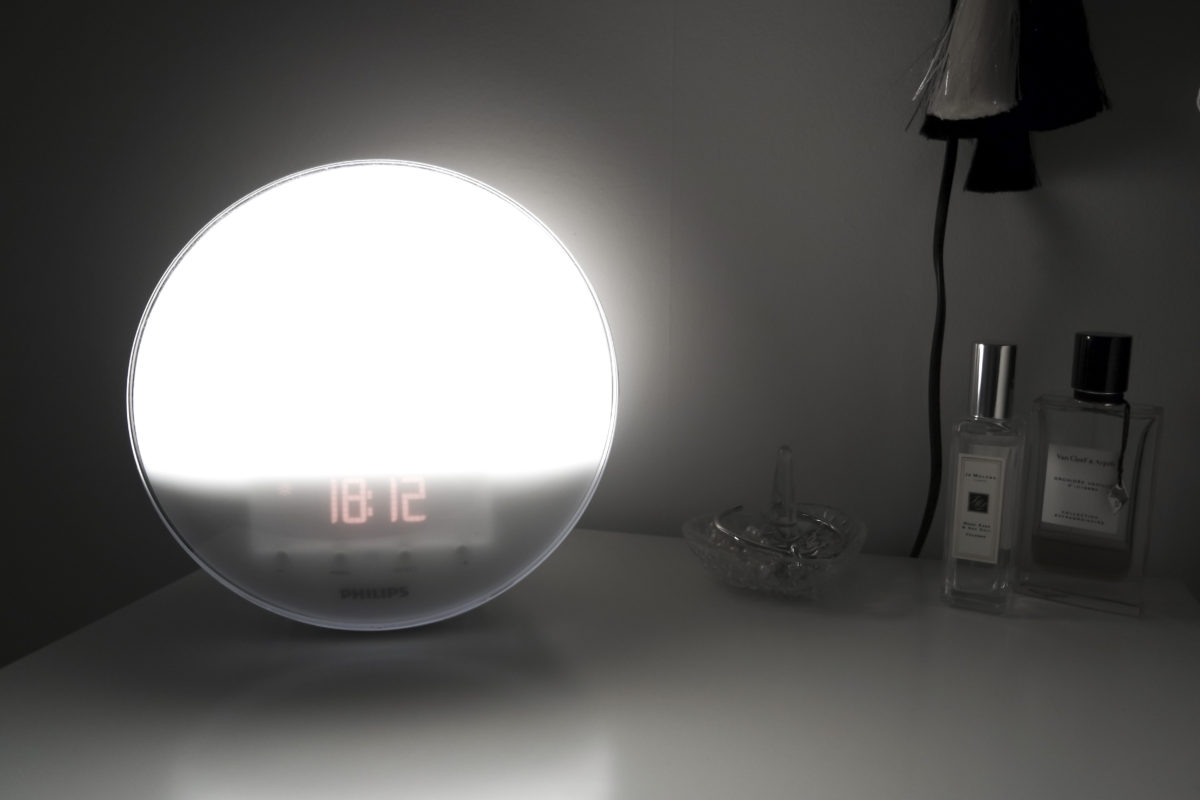 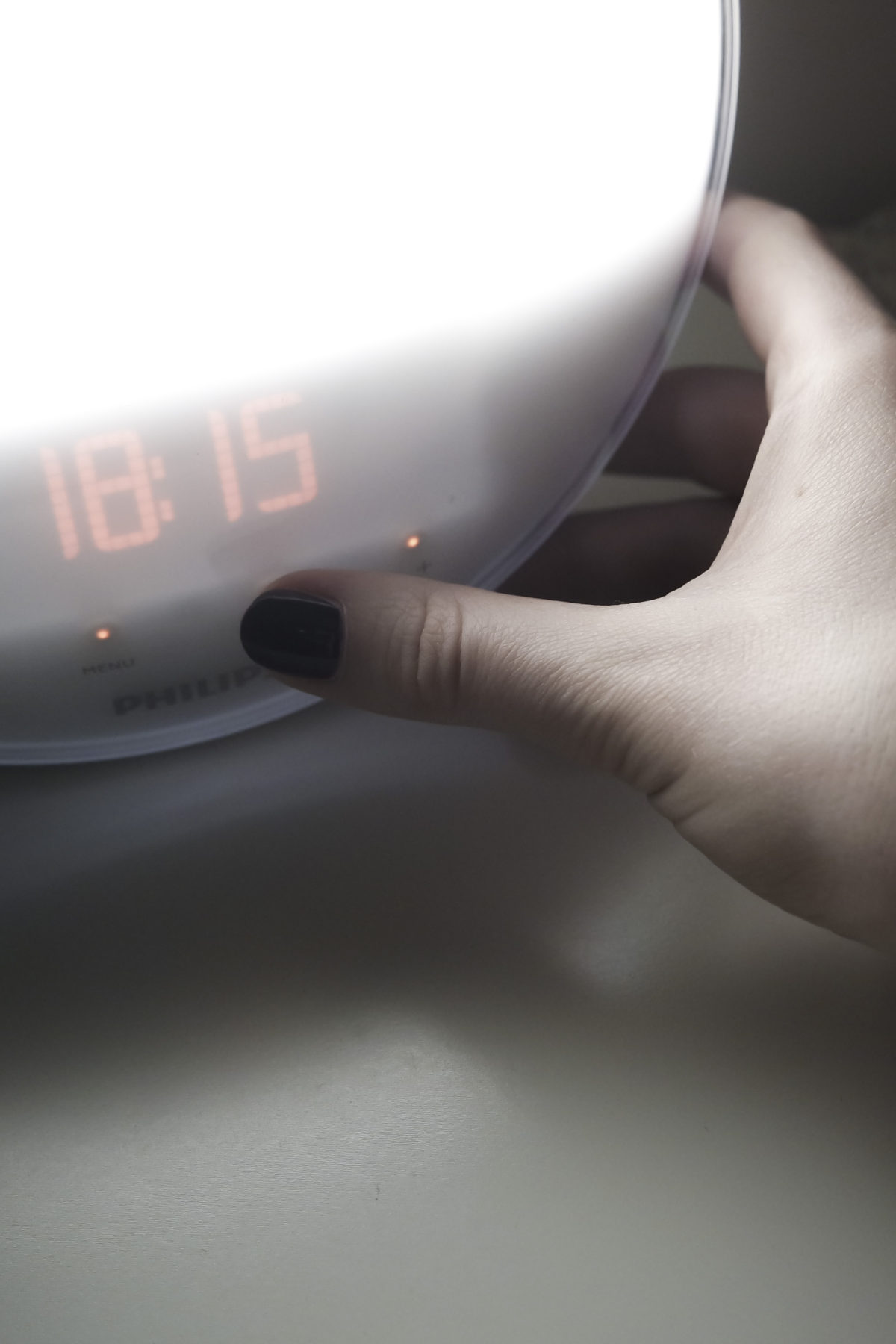 … I just love the way it looks. It’s a perfect circle, white, in a plastic-y glas kind of material. The only negative is the orange numbers (I hate orange) But I can do an exception for this one. I now almost enjoy waking up in the mornings (notice the almost) and it’s all thanks to the Wake-up Light!